Judd Finkelstein of Judd’s Hill Winery, Ernie Weir of Hagafen Cellars, Mayan Koschitzky of La Pelle Wines, and Rebekah Wineburg of Quintessa shared their personal journeys about how they became winemakers. We took a virtual tour of their vineyards and wineries and had the opportunity to purchase some of their wines. 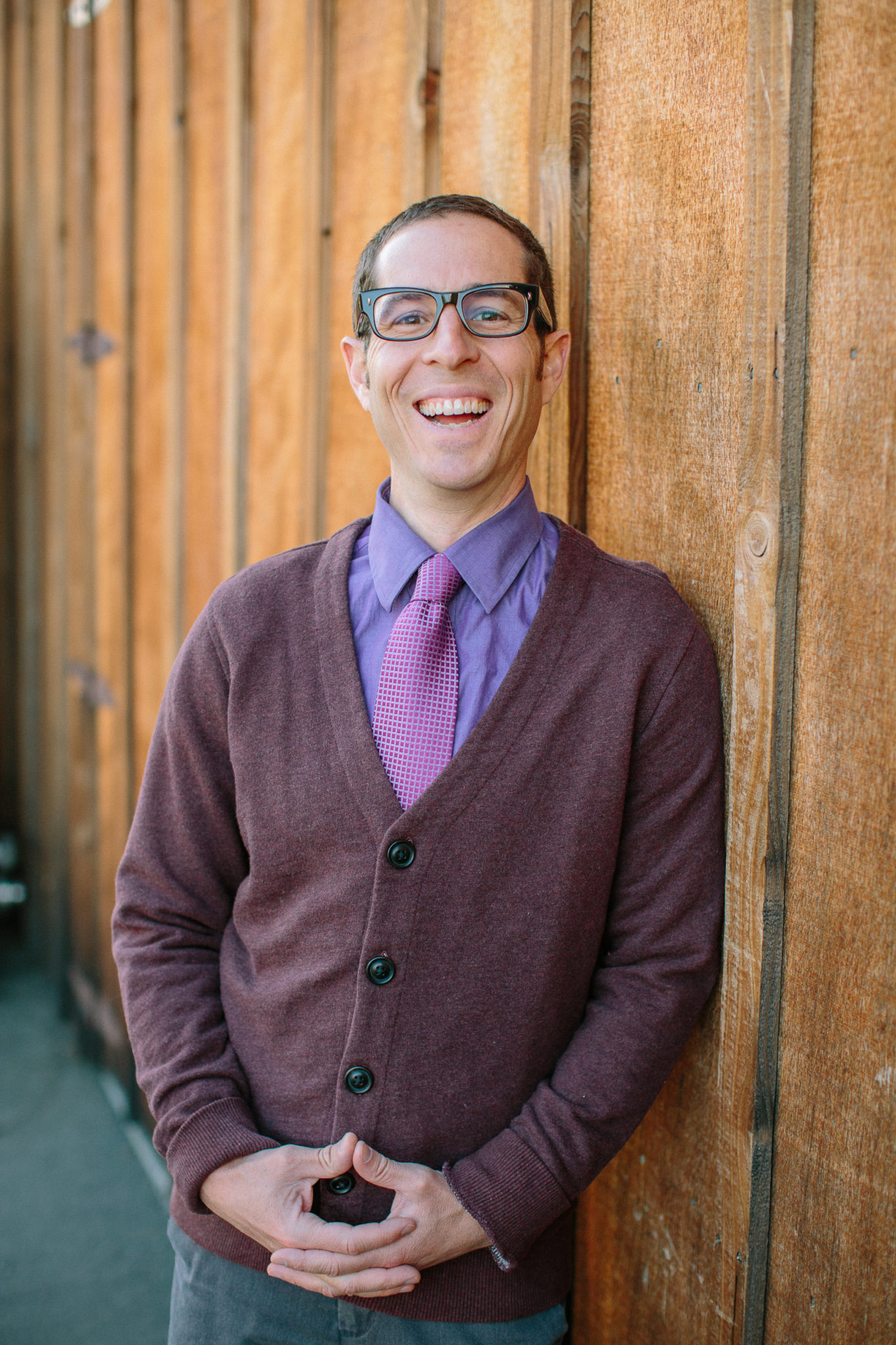 Judd was raised in Napa Valley. He graduated from The Walter Cronkite School of Journalism and Telecommunication at Arizona State University with a bachelor’s degree in Television Production, but you might say winemaking was in his blood. Since he was a tot, his parents were making wine.  Judd’s first steps were stomping on grapes. From pruning to picking to punching to pressing, Judd has been involved in every facet of winemaking, and he also studied winemaking at UC Davis and Napa Valley College.

Having started as garage winemakers in the early 1970s, Judd’s Hill Winery and MicroCrush was founded in 1989 and is owned and operated by two generations of the Finkelstein family. Our motto is “having a good time making great wine with family.”

We have made wine in Napa Valley since the 1970’s and continue to produce signature wines that are fruit-driven and concentrated while remaining well-balanced and food-friendly. Judd’s Hill was designed and built when the family purchased a 14-acre hillside vineyard in the eastern hills of Napa Valley. We moved to our current facility to increase our opportunities for welcoming guests. Taking an intimate and personal approach to our winemaking, we set out to produce no more than 3,000 cases of wine annually, an amount that allows us to enjoy a hands-on approach to every aspect of wine production. Our first release of Judd’s Hill wine was 1989 Cabernet Sauvignon. 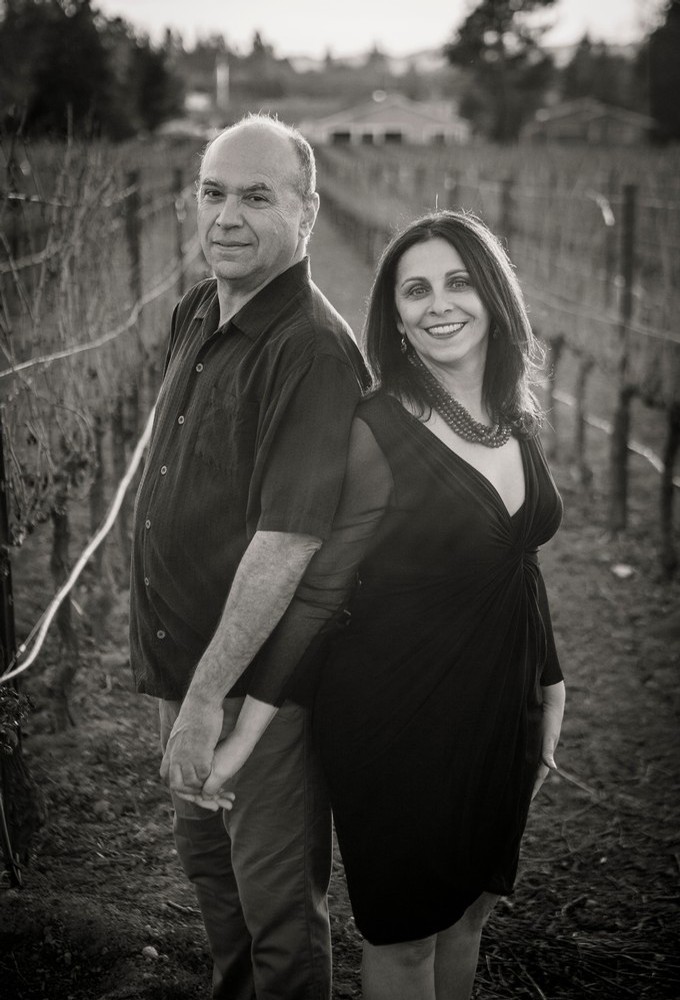 Hagafen Cellars is located in Napa Valley, in the heart of California’s premier wine grape region. Less than a mile south of the famed Stags Leap District and twenty yards from the Oak Knoll District – Napa’s newest and most exciting of American Viticultural Areas – our well-drained soil is ideal for the growth and production of ripe and rich, intensely fruity small lot estate bottled wines. Owned and operated by Irit and Ernie Weir, the winery was founded in 1979, and the first commercially released vintage was harvested in 1980. In the ensuing years, we have grown from a small partnership producing wine with grapes from Winery Lake Vineyard – then owned by Rene DiRosa – to a well-established wine company whose wines are distributed throughout North America and overseas. Since 1980 our wines have been served on numerous occasions at the White House to visiting foreign dignitaries. The cornerstone of our lives are the Silverado Trail winery and tasting room and our two estate vineyards in the eastern benchland of the Napa Valley.

Ernie’s daily involvement in the two sides of wine production, grape growing and winemaking, ensures the superb quality of our wines. “Fine wine starts in the vineyard with careful vineyard management,” says Weir. “I strive to take maximum advantage of the Napa Valley’s natural geology and climate to produce the best wine varietals. I interfere as little as possible with the soil, creating a balance that minimizes the chemical and erosion impact by using modern farming techniques while maintaining the age-old wisdom of balance and the traditional values of conservation and land stewardship. Once harvest is completed, I undertake the second part of my job, winemaking. This presents an interesting challenge every time since each year the growing season and harvest are unique and different. I never seek to change what Nature has provided. My goal is to showcase the best that our land has produced.” 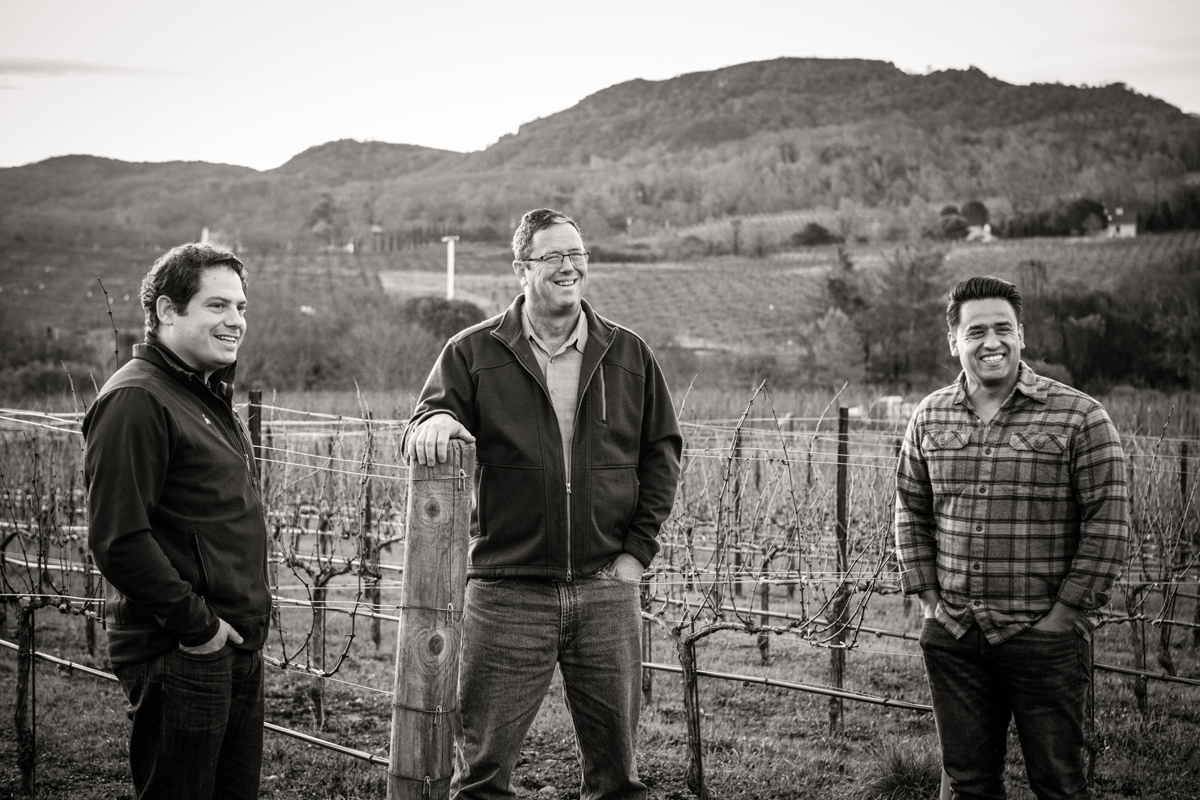 La Pelle Wines was founded in 2016 by Maayan Koschitzky, Miguel Luna and Pete Richmond. With a mission to create terroir-driven wines that are the ultimate expression of the sites from which the fruit is sourced. Though their backgrounds are varied (Maayan ~ a winemaker and farmer from Israel, Miguel ~ a viticulturist and winemaker from Mexico, and Pete ~ a vineyard manager and business owner from Northern California), all three share a connection to farming, a curiosity about the science of winegrowing and a love of Napa Valley. With La Pelle, they are fulfilling a common desire to explore how management of vines at the ground level translates into the creation of high-quality wines that exude freshness, acidity and are balanced with complexity and depth. Sourced exclusively from vineyards tended to by Silverado Farming Company (which Pete founded in 2001 and Miguel joined as partner in 2015), La Pelle controls all farming and in addition has access to some of the finest vines in Napa Valley. With each vintage, Maayan and Miguel confer closely throughout all phases of winegrowing; from pruning, canopy management and timing of picks, to winemaking technique, barrel selection and aging. 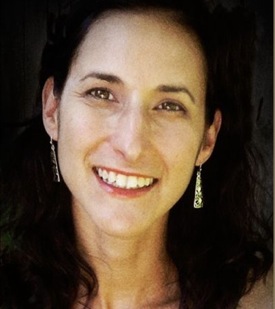 A Washington, D.C., native, Rebekah’s passion for winemaking began when she visited the Napa Valley with her parents and participated in tours of several wineries. Discussions of wine and winemaking on this visit left such a lasting impression that Rebekah went on to pursue a dual degree in chemistry and biology at Macalester College in St. Paul, MN, with the dream of becoming a winemaker. While studying abroad in Australia, she shadowed a local winemaker and was further drawn to the craft. She then enrolled in the winemaking program at the University of California, Davis, where she earned a master’s degree in Viticulture & Enology.

Her love for wine led her to Tuscany, where she was harvest enologist at Tenuta dell’Ornellaia and gained valuable experience there. Returning to the U.S., she worked as enologist for the Staglin Family Vineyard in Napa Valley. As her experience grew, Rebekah moved to Rudd Winery in Napa, where she accepted a position as assistant winemaker. While at Rudd, she directly managed all winemaking operations from harvest to bottling, and worked closely with consulting winemaker Michel Rolland to produce wines of both power and finesse. Rebekah then became the winemaker for Buccella in 2009 and remained there until June, 2015, when she moved on to Quintessa as its winemaker. She also has her own project, Post & Vine, which she started in 2012 jointly with Erica Kincaid, a colleague at Quintessa.

Although Rebekah worked one harvest at Jekel Vineyards before enrolling at UC Davis, her advice to aspiring winemakers is to experience three or four harvests before committing to winemaking by way of pursuing a relevant academic degree. This number of harvests can be accomplished in two years by working in both hemispheres.

Quintessa captures the essence of Napa Valley from every vantage point. Here, the landscape rises and falls with undulating vineyard blocks set amidst natural vegetation and groves of ancient oaks. Dragon Lake is home to populations of water life and a wide variety of birds. We invite you to arrange a visit and experience Quintessa. Caring for this inspiring place is a privilege not taken lightly. Since the beginning, every thought and action has put the land first — starting with planting small vineyard blocks in sync with the undulating landscape, while preserving 100 acres of natural woodland. Organic farming practices are used to promote a balanced ecosystem full of life on the estate. The winery, too, is designed to fit into the contours of the hillside, using gravity to gently bring grapes into the cellar. Today, our commitment to caring for this land remains at the center of everything we do. Sitting on the eastern edge of Rutherford, at the foot of the Vaca Mountain range, Quintessa is a natural mosaic — an assemblage of hills and valleys with a variety of soils and microclimates that come together to reveal itself in a wine of elegance and harmony, unspoiled and never before cultivated — posed both a challenge and an opportunity. We farm using organic practices. This sensitivity to the land contributes to a balanced ecosystem that promotes thriving, healthy vines and long-term sustainability.