On Sunday, September 23rd, Karen Golden performed for our students, parents, and other congregants. Karen was at the same time entertaining, funny, educational, and amazing. One children and the adults as well thoroughly enjoyed her show and we would like to thank her for coming to perform at our synagogue. We certainly hope to see her again next year.

She told wonderful tales relating to the High Holidays, Sukkot, and learning Hebrew in addition to demonstrating a whole series of unusual indigenous musical instruments as well as her accordion and saxophone.

Some pictures from this special event

Karen “seamlessly weaves Jewish, multicultural, personal and family stories and has developed and presented over thirty commissioned works on the history of cities, organizations and people. Karen’s performance style is both playful and serious as she weaves in and out of animating different characters and sound effects, often mixing in several different musical performances, including the saxophone, recorder, accordion, ocarina, and even a singing bowl. She can keep the attention of 2-year-olds, grade school kids, teenagers, moms and dads, and senior citizens. Audience members always leave feeling completely entertained and inspired to make the world a better place.

Karen’s works have touched the lives of thousands through her teaching artist residencies in schools, LAPD Pals Youth Centers for youth at risk and juvenile halls. She was the director of a storytelling summer camp at the Beverly Hills Library for three summers and the founder of the Peace Tellers Youth Storytelling Troop.

Karen is currently a teaching artist with the Los Angeles County Arts Commission and the founding director of Creative Learning Place, an academic and arts center for home-schooled children.”

In her own words, Karen “will share stories from her rich Jewish heritage. She tells Jewish tales both old and new, many blended with music she plays on her saxophone, accordion, ocarina and nose flute. Stories come from a variety of sources, including the Torah, Midrash, folktale traditions, her family and her rich imagination. Karen’s father was born in a shtetle in Lithuania. She grew up in a traditional Jewish home with five older brothers and sisters. Karen began her journey into storytelling at a very young age from listening to the tales of her parents who were both native Yiddish speakers. This love of Judaism and folklore led Karen to Israel as a young adult. She lived there for seven years and received an MA from Hebrew University in Jerusalem. Her fluency in Hebrew and knowledge of Yiddish and Jewish culture is passed on in all of her stories. Audiences learn about the Jewish people, their various cultures, foods and traditions through her colorful stories.”

She is also a recording artist, and in 2005 her CD, “Tales and Scales” received the prestigious National Parenting Publications Gold Honor Award. In 2006, Karen’s CD “Pass It On: A Journey Through the Jewish Holidays in Story and Song” won the Storytelling World Honor Award for Recording Excellence and in 2007 this CD won the National Parenting Publications Honor Award. Karen’s stories can be read in many anthology collections.

Here are some audio tracks from her CD, “Tales and Scales” – 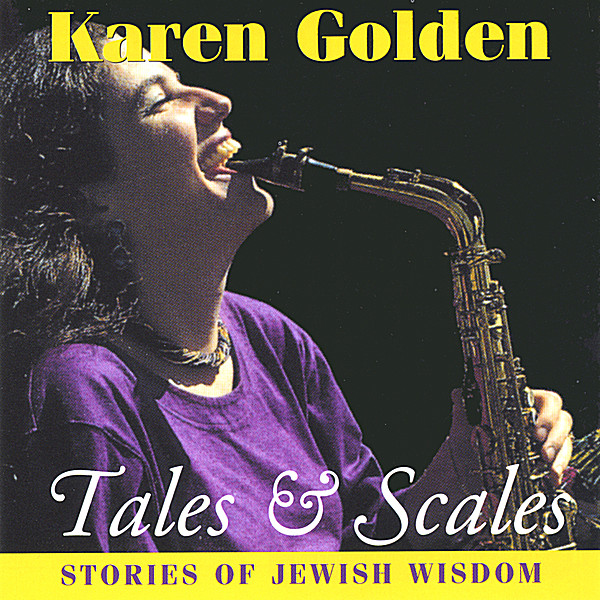