Join Temple Beth El via Zoom for a screening of Chichinette, The Accidental Spy, TBE member Marthe Cohn’s documentary about her life as a French-Jew working as a spy in Nazi Germany, who has shared her story around the globe. The showing will be Sunday, May 24 from 5:00 to 7:00 pm on Zoom. The cost is $18 per household, or you may be a sponsor for $100 in honor of Marthe’s hundredth birthday. Signed copies of Marthe’s book, Behind Enemy Lines: The True Story of a French Jewish Spy in Nazi Germany, are also available.

When the Covid-19 situation forced the cancellation of her planned 100th birthday celebration at the Bowers Museum because of sheltering-in-place, her Seaview neighborhood and friends of our own Marthe Cohn showed up to wish her a happy birthday in their cars while respecting social distancing guidelines, as carried on local Channel 4 News.

Her new documentary, Chichinette: The Accidental Spy, released by Kino Lorber last year and just out now on DVD, tells her extraordinary story, which many or most of you may already know. The trailer for her film may be seen on Youtube.

As explained in the introduction to her book, Behind Enemy Lines, “Marthe Cohn was a young Jewish woman living just across the German border in France when Hitler rose to power. Her family sheltered Jews fleeing the Nazis, including Jewish children sent away by their terrified parents. But soon her homeland was also under Nazi rule. As the Nazi occupation escalated, Marthe’s sister was arrested and sent to Auschwitz and the rest of her family was forced to flee to the south of France.

Always a fighter, Marthe joined the French Army and became a member of the intelligence service of the French First Army. Marthe, using her perfect German accent and blond hair to pose as a young German nurse who was desperately trying to obtain word of a fictional fiancé, would slip behind enemy lines to retrieve inside information about Nazi troop movements. By traveling throughout the countryside and approaching troops sympathetic to her plight–risking death every time she did so–she learned where they were going next and was able to alert Allied commanders.

When, at the age of eighty, Marthe Cohn was awarded France’s highest military honor, the Médaille Militaire, not even her children knew to what extent this modest woman had helped defeat the Nazi empire. At its heart, this remarkable memoir is the tale of an ordinary human being who, under extraordinary circumstances, became the hero her country needed her to be.”

You can read more about her story in the Times of Israel here and here. 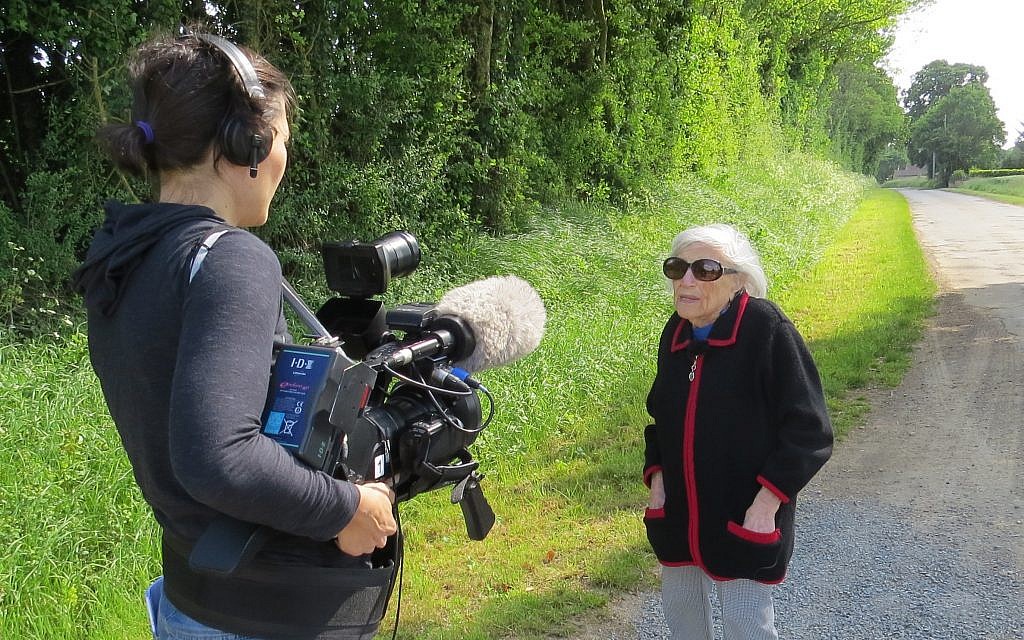